Many different insects invade homes in the summer, but one of the most common and notorious pests is stink bugs. Stink bugs are typically brown, gray, or green and have an oval shape with a shield shape on their backs. These pests feed on crops like beans, tomatoes, and peaches.

In addition, they also attack ornamental plants, rendering them inedible or unsightly. They often hide in cracks and crevices during the day and come out at night to feed on vegetables, fruits, plants, and even your trash.

Stink bugs can produce a foul smell when they land on something, which could cause an unpleasant smell in the house. Because they are so small, you may not notice them until they have caused damage to your home.

14 Home Remedies to Get Rid of Stink Bugs Naturally

Some people use insecticides, but this is not always the best solution, nor is it safe for you or your family.

Soapy water is a popular way to get rid of stink bugs as a home remedy. People also call it the “wet and clean” method.

For proper use, you need to mix hot water with 3/4 mild dish detergent. Place the soapy water in an empty spray bottle and shake it well. Spray the mixture on the stink bugs until they’re soaked. Also, spray any cracks and crevices where they might hide out!

Another method of using soapy water as a home remedy is to fill up a bucket with it. Pack the stink bugs in a careful way into the bucket and flush them down the toilet.

Follow the same procedure to get rid of other household pests like ants, roaches, and spiders invading your house.

If you have a vacuum cleaner at home, then you can use it to get rid of stink bugs from your house. Vacuuming stink bugs is one of the methods to remove these pests. Make sure you seal the bag after use to prevent the stink bugs from escaping.

You can also use a handheld vacuum to suck up the bugs. But do not allow them to touch or reach the sucking tube because they are very sticky and will not let go if they get on it. So make sure you keep them away from the suction tube by using a broom or other tool to sweep them into an area where they are easier to vacuum up.

The downside to this method is that the smell of their droppings fills the air. Wear gloves after you vacuum and be careful not to touch any of their smelly droppings while cleaning.

Diatomaceous earth (DE) is a naturally occurring material composed of the fossilized remains of algae. DE is safe to use where humans and animals are, and it effectively eliminates stink bugs.

Simply sprinkle diatomaceous earth around the perimeter of your home, and the bugs will die when they come into contact with it. You can also put it in a jar or container with holes punched in the lid, and place it where you’ve seen stink bugs.

If you have cracks and crevices in your home, such as window sills or ledges, pour some DE down to kill any bugs inside. Just be sure not to apply too much DE at once because it can be toxic if ingested by people or animals. 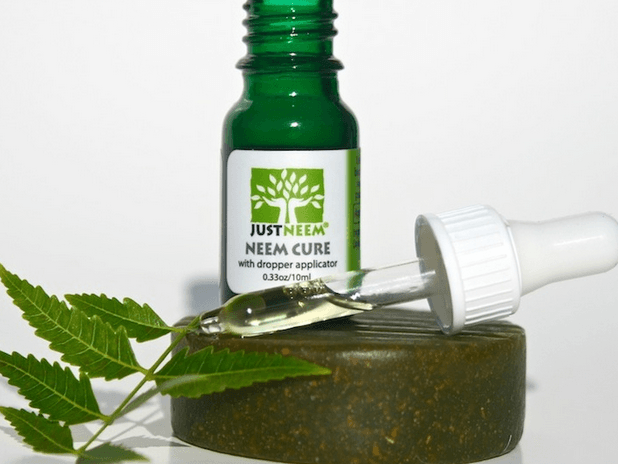 Neem oil is another natural insecticide that you can use to kill stink bugs. Simply mix neem oil with water and spray it on the bugs. You can also use it to create a barrier around your home to keep stink bugs out. To use neem oil, follow this procedure:

Mix 1-2 tablespoons of neem oil with one quart of water in a spray bottle. Spray the neem solution down the windows and doors, as well as any nearby cracks or crevices.

Mint is a very powerful natural insecticide. It has several active ingredients that have been shown to kill stink bugs. These ingredients include volatile oil cineole, menthol, and methyl salicylate.

Plant mint around your home or in pots near entryways to prevent them from entering your house. Also, you can place a few drops of mint oil on a cotton ball and set it near where you see stink bugs. The smell will not only get rid of them, but it will also prevent them from coming back.

Another method of getting rid of stink bugs is to apply the mint spray. To prepare this mint solution, mix two to three cups of water with ten drops of mint oil or one to two tablespoons of ground mint leaves.

You can also use fresh mint or peppermint oil to repel and deter stink bugs.

Peppermint oil is one of the most effective home remedies to get rid of stink bugs. The strong smell of peppermint deters stink bugs and can even kill them.

For an even more potent deterrent:

The easiest way to get rid of stink bugs is to trap them. Here are the different ways to trap stink bugs:

Put some food such as apple slices or sweet peppers at the bottom of these traps, which will attract the insects towards it. It will trap them once they come into contact with the adhesive on either side of the trap, and they will starve as they try to eat their way out!

Garlic is a great home remedy for getting rid of stink bugs. All you need to do is take a few cloves of garlic and chop them up. Then, sprinkle the garlic around the perimeter of your home.

The strong smell of garlic will repel the stink bugs and keep them from coming inside. You can also mix some powder of about 3-4 teaspoons with 2 cups of water in a spray bottle. Use it to repel stink bugs that are already in your home.

Another way to get rid of these pests is to put about 10–12 cloves of garlic into a small saucepan with about 3 cups of water. Steam until all the water has evaporated, then strain the pieces left behind.

Once strained, add 4 teaspoons of cayenne pepper and 1 teaspoon of ground cumin to make a stronger mix. Stir this mixture with two cups of white vinegar in a spray bottle and shake well before you use it.

To keep stink bugs at bay, apply liberally wherever needed!

Hot peppers can be used as a natural repellent for stink bugs. All you need is to grind some hot peppers up into a powder. Then, sprinkle the powder around your home.

The strong smell of the powder will deter the stink bugs from entering your home. You can also get a spray bottle. Fill it with water mixed with hot pepper powder. Shake well and spray on the points of entry to your home.

Any type of pepper, like red pepper flakes or cayenne pepper, also works.

If you have a stink bug problem, hairspray is a quick and easy way to get rid of them. Just aim and spray! The sticky residue will trap the bugs, and they won’t be able to escape.

You can also use this method to prevent stink bugs from coming inside in the first place. Just spray around your doors and windows.

If you desire quick results, it is advisable to try the stickiest hairspray.

Other applicable home remedies to get rid of stink bugs include spraying wart remover or white vinegar on them, dropping candle wax on them, and freezing the stink bugs. Remember to follow the procedures for each remedy as discussed in this article to get rid of these invasive pests.

You can also add a few drops of oil to a cotton ball and place it near areas where you’ve seen stink bugs. They will attract the bugs to the scent and will eventually die.

Dryer sheets will also get rid of stink bugs from your house. You may not have known this, but those little dryer sheets you used to keep your clothes smelling fresh can also eliminate stink bugs.

Just crumple one up and place it near where you’ve seen the bugs, and it will draw them to it and away from your home. You can also put them in cracks or crevices where the bugs might hide.

Nicotine is another natural insecticide that can get rid of stink bugs. To make a nicotine solution, mix one-part tobacco with ten parts water. Let the mixture steep for 24 hours, then strain it and put it in a spray bottle. Spray the solution around the perimeter of your home and on any infested plants.

Hang an electric bug zapper in your yard to attract and kill stink bugs. This remedy is one of the most effective ways to eliminate stink bugs, but it requires some maintenance.

You’ll need to empty the zapper regularly and keep it clean, so it doesn’t become a breeding ground for other pests.

How to Prevent Stink Bugs

First, inspect your home and see any signs of stink bugs. If you discover stink bugs in your house, apply the home remedies discussed earlier. But if you are fortunate not to have one, follow these steps:

In conclusion, if you find stink bugs inside your house or yard, applying some of the home remedies discussed in this article is the best way to get rid of them.

Don’t crush them to avoid an unpleasant odor. In addition, avoid using pesticides and vacuums. Remember, they are not harmful to humans and animals. You can prevent them by taking the proper steps. 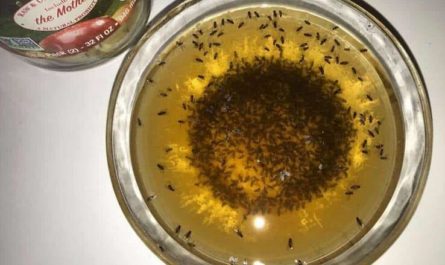 How to Get Rid of Fruit Flies: 10 Ways That Actually Work 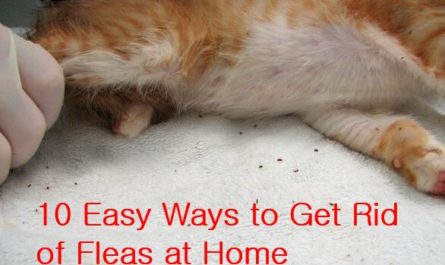 How to Get Rid of Fleas:12 Easy Ways Really Work 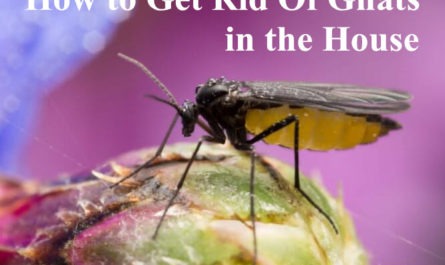 26 Effective Ways To Get Rid Of Gnats (That Actually Work) 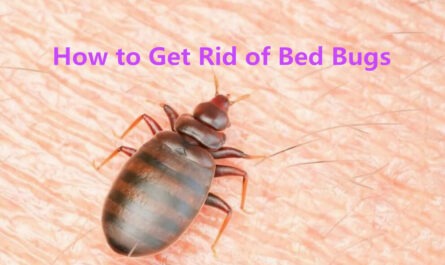 How to Get Rid of Bed Bugs: A Comprehensive Guide 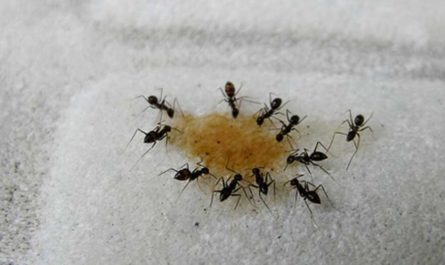 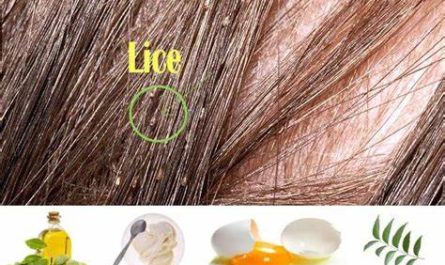 18 Easy Ways to Get Rid of Head Lice at Home