One of the most used vegetable oils is the soybean oil which derived from the seeds of soybean or Glycine max. It is also one of the most used cooking oils in the world as soybeans are widely cultivated and utilized especially during the recent decades because of the health benefits they offer such as improving the immune system and maintaining the health of the heart.

Soybeans are native to Asia and have been used for over 5,000 years.  Despite its limited origin, it is greatly prized because of its delicious legume, which is one of the sources where soybean oil can be extracted. It was first cultivated in the United States during the 1800s and was used during the Civil War.

This cholesterol-free oil has a high level of polyunsaturated fat. Since soybean oil is inexpensive, it is used in different food products such as margarine. Most soybean oil is blended, refined and hydrogenated. It can also be rated at different levels and strengths according to the way of application. There are many new soy foods added to the market every single day such as milk, soy sauce, granules, tofu and more.

Today, many health practitioners all over the world are recommending soybean oil which is rich in omega fatty acids. It is also considered healthier than most other vegetable oils because of the essential fatty acids they contain which are beneficial to our bodies.

Soybean oil also contains vitamins, including vitamin K, vitamin E, and choline, a B-vitamin. One tablespoon of soybean has 1.1mg of vitamin E, 24.8 micrograms of vitamin K and 43.7 mg of choline. These vitamins have many benefits.

The vitamin E present in soybean oil is an antioxidant that assists in protecting the body cells and combat heart diseases. It is also important to keep the nervous system function properly. Vitamin E also helps the skin stay healthy. Vitamin K plays a vital role in regulating the levels of blood calcium and bone formation. It is also important for blood clotting. Like B vitamins, choline plays a similar role in terms of brain function and metabolism. 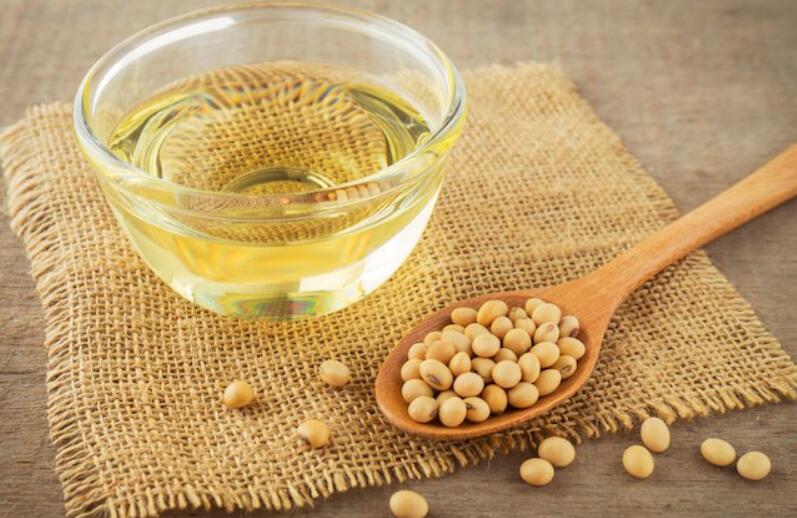 The health benefits of soybean oil can improve your immune system decrease the level of your cholesterol and more.

Cholesterol is a fat-like substance that the body needs to make hormones and other substances for better digestion. The body naturally produces the cholesterol it needs. However, there are also foods that contain cholesterol. Too much cholesterol in the blood leads to High Blood Cholesterol.  Most people are not aware of their cholesterol levels. People with high blood cholesterol have a higher chance of getting coronary heart disease.

The fatty acids present in soybean oil allow the body to regulate cholesterol levels. Omega-3 fatty acids decrease the level of dangerous cholesterol in the body which lowers the risk of getting many health conditions such as stroke and heart attack. 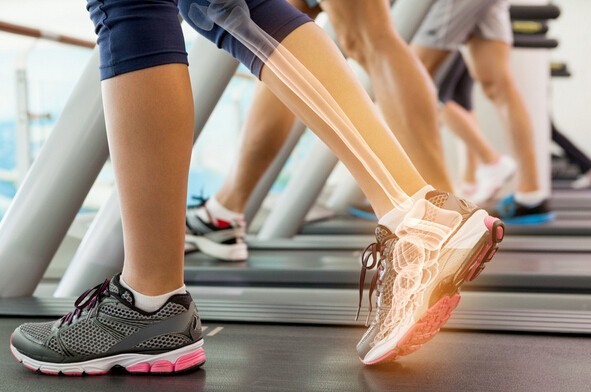 Vitamin K plays an important role in human health and there are studies that show vitamin K and enhance bone health. Studies have shown that this vitamin can increase bone mineral density in osteoporotic people and assist in bone development while decreasing the risk of bone fractures.

Soybean oil contains vitamin K that can also stimulate the healing or regrowth of the bones. Soybean oil is rich in vitamin K so if you want to prevent bone-related conditions like osteoporosis in the future, cooking with soybean oil is one of the best decisions that you can make. Vitamin K also plays an important role in helping the blood clot in order to stop excessive bleeding.

In addition to vitamin K, soybean oil also contains iron and zinc which are important to keep the bones stronger.

Free radicals or reactive oxygen species are commonly produced as part of normal cell metabolism of oxygen. The body forms free radicals when converting food to energy. It also has significant roles in homeostasis and cell signaling. However, environmental stress like sun damage, air pollution, tobacco smoke and more increase the level of free radicals. High level of free radicals leads to diseases and can cause irreparable damages to cells and cell membranes. This is also known as oxidative stress.

Soybean oil is rich in vitamin E which is an effective antioxidant. It helps the body in fighting free radicals while boosting the immune system to combat bacteria and viruses. This vitamin also plays a vital role in red blood cell formation and aids the body in using vitamin K. 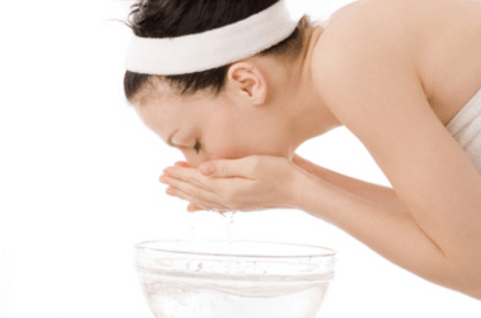 Soybean oil can also stimulate the regrowth of new skin cells while improving the process of healing. It also prevents early signs of aging like fine lines and wrinkles. Like what we have mentioned before, soybean oil contains vitamin E that can keep the elasticity of the skin and improve moisture. It also has omega-3 fatty acids that offer positive impact to achieve clearer skin.

It also helps in reducing inflammation within the body and the skin which helps in maintaining a healthy body and young-looking skin. Because vitamin E speeds up cell regeneration, soybean oil can also be used for scars, acne, and wrinkles. It is also reported to be excellent for protecting the skin against the damaging ultraviolet rays of the sun.

If you are looking for a natural anti-aging or anti-wrinkle product, soybean oil will not let you down. Regular use of this oil can enhance overall skin tone.

According to recent studies, a large daily dose of vitamin E may slow the progression of Alzheimer’s disease. Vitamin E protects cells from damages related to oxidative stress caused by free radicals. The brain is susceptible to oxidative stress and increases over time especially when aging. Vitamin E has the ability to delay cognitive decline and it has been tested in both aging people and patients with Alzheimer’s. 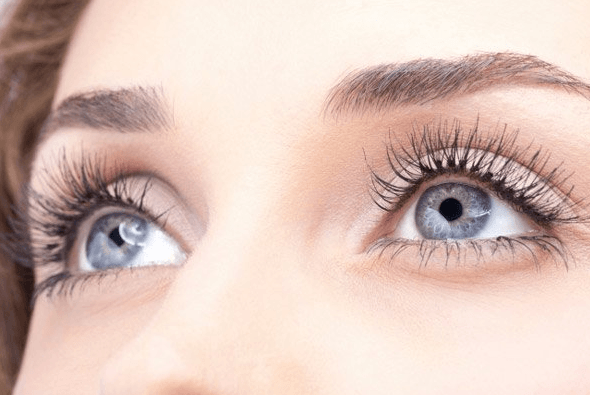 Omega-3 fatty acids are a type of polyunsaturated fat that is required in the development of brain cells and other functions. Omega-3s also keep the heart healthy. Since the body does not produce omega-3 fatty acids on its own, including these essential fatty acids in your diet can protect your heart from stroke and other heart diseases. Like salmon, mackerel, sardines, trout and tuna, soybean oil is also rich with omega-3 fatty acids.

Omega-3s are good for the blood vessels and the heart as they decrease triglycerides which are a type of fat in the blood. They also prevent or slow down the buildup of plaque in the arteries while lowering the blood pressure. Omega-3s also lowers the risk of arrhythmias or irregular heartbeat.

Soybean oil is also considered healthy for the prostate gland. It enhances the urine flow symptoms in males with enlarged prostate or benign prostatic hyperplasia.  Prostate cancer is the second common cancer that affects men but soy products such as tofu, soy milk, and tempeh can lower the risk by up to 70%.

Men who eat soy-rich foods regularly have higher levels of isoflavones than men who do not. The majority of isoflavones from soy products are found in the liquids filling the prostate. This means that soy products promote prostate health and the isoflavones also influence hormonal balance which reduces the risks of hormone-dependent cancers like prostate cancer, breast cancer, and uterine cancer. 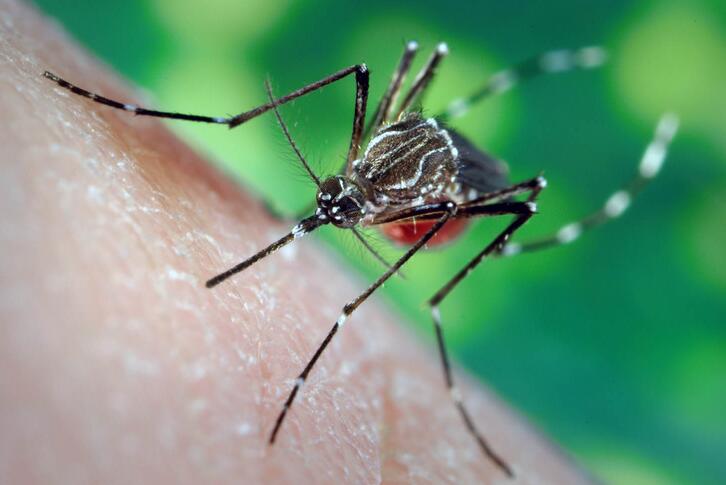 Soybean oil is one of the natural insect repellants and can protect the skin for about four hours. Simply apply soybean oil directly on the skin to keep the mosquitoes away. Aside from that, soybean oil also keeps the skin moisturize and hydrated while repairing skin cells.

Many people consume soybeans in different forms for healthier hair but the most effective way to keep the hair moisturized and glowing is by applying the oil directly. Soybean oil is rich with good fatty acids, vitamins, manganese, and lipids that help the hair become stronger and shinier. Many hair treatment products contain these ingredients as well and are way more expensive than getting a bottle of soybean oil.

Soybean oil also has a high content of vitamin E which combats free radicals to keep the scalp healthy. It is also non-greasy so it can be used as a base oil to seal moisture from roots to tips as you apply other essential oils. This oil is excellent for hot oil treatment and you can mix it with conditioners. It is also good for all hair types.

There are many products that include soybean oil in their ingredients such as margarine, mayonnaise, baked goods, and dressings. Since soybean oil has hardly any taste, including it into different meals is easy without changing the flavor.

Soybean oil can be purchased almost everywhere. To reap all the benefits, make sure to get fresh and organic soybean oil. 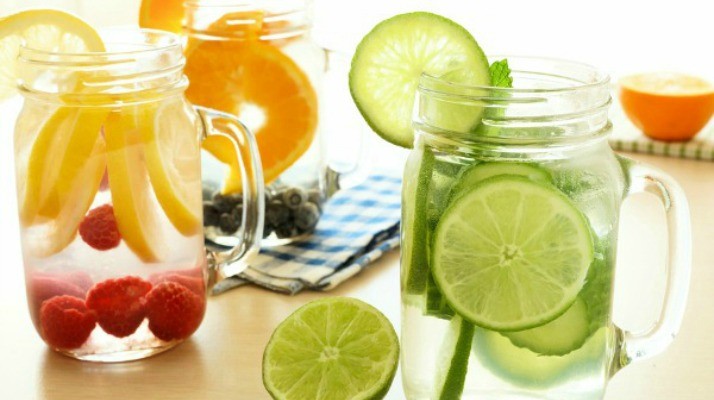 Best Detox Recipes for Weight Loss You Should Try 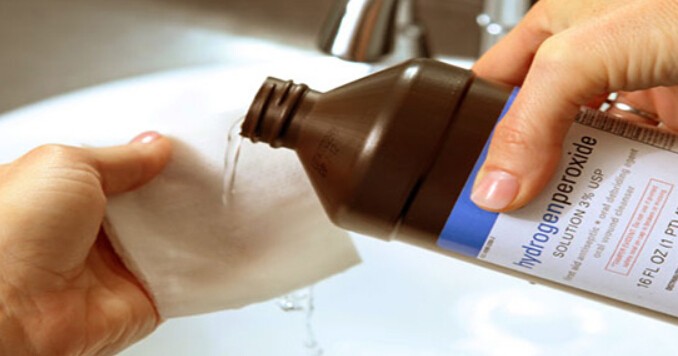 9 Uses of Hydrogen Peroxide For Teeth, Hair, Ears and Skin 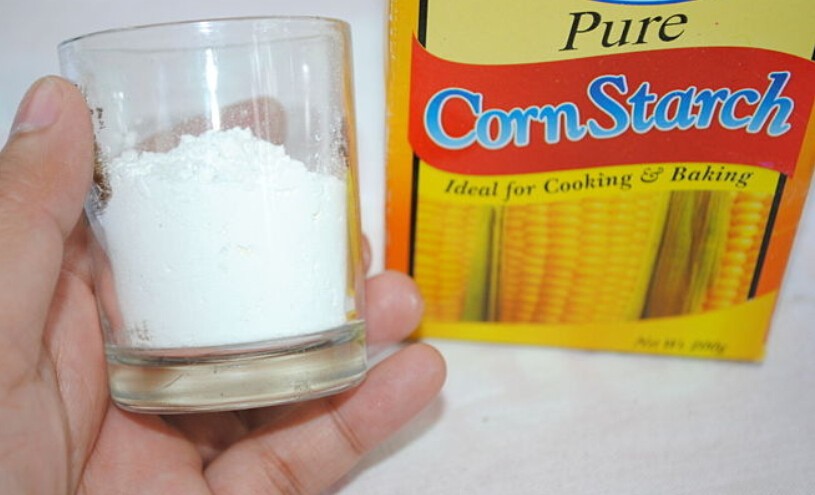