Low lymphocyte count is also known as lymphocytopenia, or lymphopenia. it means abnormally low lymphocyte levels in the body. For adults, lymphopenia mean less than 1,000 lymph nodes per microliter of blood.


Lymphocytes are a type of white blood cell that plays a vital role in the body’s immune system. They are responsible for commencing a response to foreign invaders in the body. They can combat viral or bacterial infections and help build your body’s immunity through vaccinations or past infections.

Low lymphocytes percentage indicates an increased risk of infection in your body. Lymphocytopenia can increase the incidence of certain types of cancer, including lymphoma, leukemia, and Hodgkin’s lymphoma. Severe or chronic low Lymphocyte counts may indicate a possible disease or other illness. The opposite is lymphocytosis that means an excessive level of lymphocytes.

What Is Low lymphocyte Count?

Typically, 15% to 40% of the total number of white blood cells are lymphocytes. Lymphocytes can usually be divided into T cells, B cells, and natural killer (NK) cells. To measure low lymphocyte counts, you should know what the normal lymphocyte range is.

What is Low Absolute Lymphocyte Count?

According to new research, there are three main types of lymphocytes: T cells, B cells, and natural killer cells. Some lymphocytes work with other cells; some work alone.

T cells – This type of lymphocyte develops from the bone marrow and migrates to the T cells’ thymus gland. It has a T cell receptor molecule vital in immunity as it identifies antigens and binds to them. T cells destroy infected cells and communicate with other immune cells to coordinate.

B cells – This type also plays a vital role in immunity. They mature in the bone marrow and protect the body from pathogens such as viruses and bacteria. When B cells recognize the molecular signals, they produce antibodies to fight the infection. Antibodies are specialized proteins that circulate in the bloodstream.

Natural killer cells – NK cells do not have T cell receptors or antibodies, but these cells play a significant role in the host rejection of infected cells. Natural killer cells circulate throughout the body and may also attach to a cell. NK cells have receptors on the surface which interact with the proteins on captured infected cells. It can also induce infected or cancerous cells to undergo apoptosis (death of cells).

In some cases, low lymphocytes count can cause underlying condition symptoms such as swollen lymph nodes, cough, runny nose, a fever, rash, night sweats, weight loss, or painful joints. What causes lymphocytopenia? In the following, we will discuss the common causes of Low Lymphocyte Count.

What Does it Mean If Your Lymphocyte Count is Low?

There are many causes of low lymphocyte count. It can occur when the body is not making enough lymphocytes. Even if the body produces enough, it may also occur, but they are damaged or stuck in the lymph nodes or spleen.

Acute lymphocytopenia can be caused by intense physical stress, fasting, radiation or chemotherapy, and viral infections that disrupt the bone marrow. With a low lymphocyte count, it is hard for the body to combat diseases. The body becomes vulnerable to infections caused by bacteria, viruses, parasites, or fungi. This is the reason why it is essential to know the causes of low lymphocyte count.

Acquired diseases can affect the immune system and may lead to other health conditions. Low lymphocytes can be caused by chemotherapy or radiation, steroid therapy, infectious diseases, autoimmune disorders, and blood diseases. Here are some of the acquired causes of low lymphocyte count.

Caused by Salmonella typhi bacteria,Typhoid fever is transmitted through the consumption of contaminated water or food. It can also be transmitted through contact with an infected person. Most people with typhoid fever can alleviate the symptoms after taking antibiotics. In rare cases, this condition may cause death due to further complications.

Viral hepatitis refers to a liver inflammation that occurs when the liver becomes injured or infected. This condition can cause low lymphocyte count and damage to organs.

Hepatitis is commonly caused by a viral infection including hepatitis A, B, C, D, and E. Other possible causes of hepatitis include excessive alcohol consumption, certain medications, and other health conditions.

Hepatitis treatments are determined by which type of hepatitis you have.

Hepatitis A is a short-term illness that usually doesn’t require treatment. People who develop Hepatitis B and hepatitis C can be treated with antiviral medications. In addition, the vaccine can also be used to treat Hepatitis A and Hepat, itis, and Hepatitis D.

This viral infection can be transmitted through blood transfusions, breastfeeding, sharing needles, or sexual contact. HIV destroys CD4 cells (a type of white blood cell that fights against diseases). As CD4 depletes in number, it weakens the immune system. A person can have an HIV infection before it develops into AIDS.

Tuberculosis is an infectious disease caused by Mycobacterium tuberculosis.  This condition affects the lungs and is the second biggest killer in the world. TB symptoms include fever, night sweats, chronic cough, sputum with blood, and weight loss. The infection can also spread to other organs.

People with active tuberculosis can transmit the disease through the air when speaking, coughing, spitting, or sneezing. Using the same utensils or glasses can also spread the bacteria. 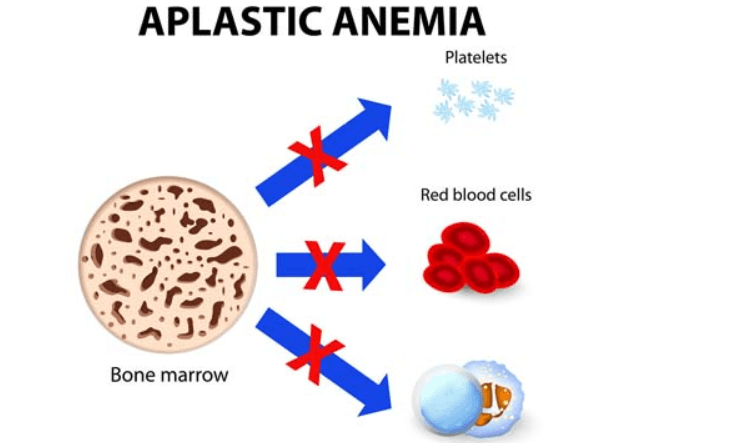 Aplastic anemia usually occurs when your body cannot produce enough new blood cells. This conditon can lead to low platelets, white blood cells, and red blood cells. Aplastic anemia makes you vulnerable to infections and a higher risk of excessive bleeding. It may happen suddenly or gradually over a long period.

The symptoms of aplastic anemia include shortness of breath, fatigue, pale skin, dizziness, frequent infections, bleeding gums and nosebleeds, unexplained bruises, and irregular heart rate. The treatments for this condition include medications or blood transfusions. A bone marrow transplant or stem cell transplant may also be necessary.

One of the causes of low lymphocyte count is Myelofibrosis. It is a bone marrow disorder that affects the normal production of blood cells. This condition can lead to an enlarged spleen, fatigue, weakness, and severe anemia.

This is an uncommon type of chronic lymphocytic leukemia. Some signs and symptoms of Myelofibrosis include bone pain, shortness of breath, fatigue, easy bruising and bleeding, and pain or fullness sensation below the left side of the ribs.

This is an autoimmune disease in which the immune system attacks the healthy cells of the body. The symptoms may vary from mild to severe. The common symptoms include swollen and painful joints, mouth ulcers, hair loss, swollen lymph nodes, red rashes on the nose and cheek, anemia, and fatigue.

The signs and symptoms of Hodgkin’s lymphoma may include swelling of the lymph nodes, fever and chills, fatigue, night sweats, weight loss, itching, sensitivity to alcohol, loss of appetite, and itching.

Dengue is a mosquito-borne disease common in tropical areas—mild dengue results in muscle or joint pain, high fever, and rashes. You might also experience nausea and vomiting, minor bleeding from the nose or gums, and pain behind the eyes.

Severe dengue causes severe bleeding, hemorrhagic fever, and severe abdominal pain. This has to be treated immediately, leading to a sudden decrease in blood pressure and death.

Intense chemotherapy can lower the white blood cell count in the body. Cancer patients undergoing chemotherapy and radiation have a higher risk of infection. Signs of infection may include fever, diarrhea, chills, mouth ulcers, vomiting, sore throat or a cough, and sores in the throat or rectum.

Other causes of low lymphocyte count include some types of cancer, enlargement of the spleen, sepsis, folate deficiencies, Sjogren’s syndrome, and steroid use. Copper and zinc deficiency can also cause it.

Some diseases passed down genetically by parents may be associated with the defection in the genes that affect the production of lymphocytes. These conditions may include:

This is an immunodeficiency disease that makes the body susceptible to viral, fungal, and bacterial infections. People who are suffering from this condition also experience abnormal bleeding. A reduced number of platelets causes problems in bleeding. Patients may also develop eczema, a skin disease.

This is an inherited disease that affects the brain as well as other parts of the body. Ataxia-telangiectasia is an autosomal recessive trait that occurs when both parents copy broken or non-working genes.

DiGeorge Syndrome is a primary immunodeficiency disease caused by a defect in chromosome 22. It is often characterized by T-cell deficiency and affects the immune system, heart, emotion, and behavior. It also results in reduced levels of calcium in the blood. While some symptoms appear at birth, others develop until infancy or childhood.

Some of the signs and symptoms may include bluish skin caused by heart problems, breathing problems, spasms, gastrointestinal problems, frequent infections, delayed speech, and motor development. Other symptoms are a cleft palate, difficulties in learning, underdeveloped ears, chin, and wide-set eyes.

SCID is a group of inherited disorders that result in abnormalities of the body’s immune system. It may lead to malfunctioning or reduced T and B lymphocytes. People who are affected by SCID are highly susceptible to life-threatening bacterial, fungal, and viral infections.

How to Treat Low Lymphocyte Count?

The treatment for low lymphocytes depends on the leading cause of the problem. Typically, mild lymphocytopenia with no underlying cause can improve on their own through diet or lifestyle change.

For some symptoms caused by lymphopenia, certain antiviral drugs, antibiotics, antifungal drugs, or antiretroviral combination therapy can be used. For lymphopenia caused by genetic defects, it is often necessary to transplant bone marrow stem cells or blood stem cells.

During your treatment, it is vital to help your body by eating lots of protein. Gamma globulin can help prevent infections caused by B-cell lymphocytopenia.

You can also consume some vitamin A, Vitamin D, and B6. According to the journal Nature Reviews Immunology research, Vitamin A and D can help produce lymphocyte T-cells and keep your immunity strong.

Vitamin B6 can help improve the body’s immune function and produce lymphocytes in the body. Vegetables, fruits, and grains can be good sources of vitamin B6 in the diet.

In addition, the Intake of a sufficient amount of zinc is also essential to keep the immune system healthy. Zinc can help the body activate lymphocyte T cells. Zinc deficiency can cause frequent headaches, dull skin, hair loss, or indigestion. To increase the zinc level in your body, you can consume almonds, oysters, peanuts, and pumpkin seeds. You can also take zinc supplements.

Include more salmon, chicken, or turkey in your diet to develop lymphocytes properly. Drinking green tea daily and plenty of water can also boost your immune system. 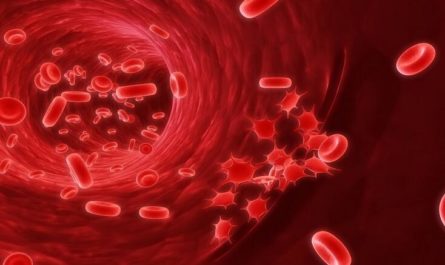 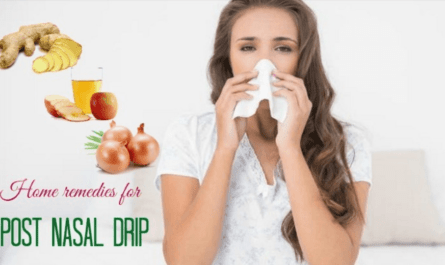 Top 10 Home Remedies to Get Rid of Post Nasal Drip 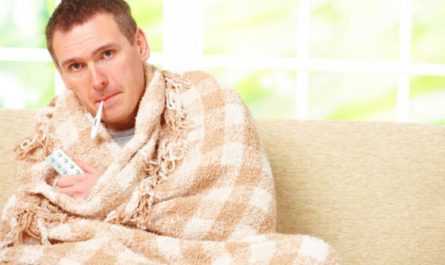 16 Common Causes of Chills Without Fever 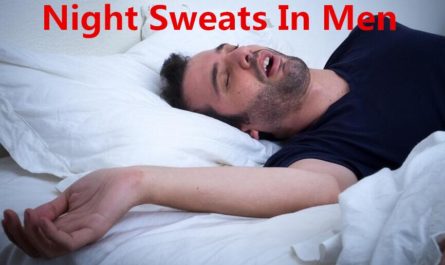 12 Causes of Night Sweats In Men with Treatments 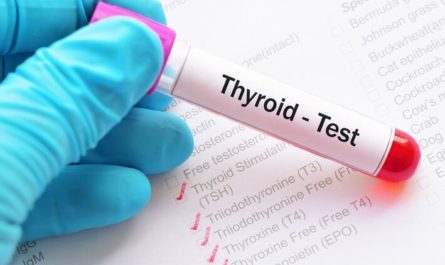 TSH Test: What do Normal, High, and Low Levels Mean? 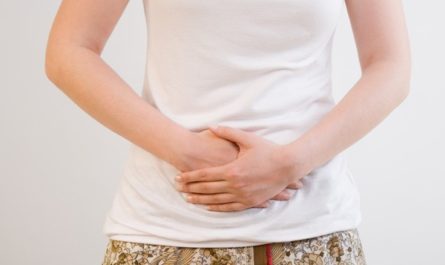