Turmeric or Curcuma is a spice that originates from the turmeric plant. You possibly know that turmeric is the main spice in our favorite curry. Turmeric is commonly used in Indian and Asian cuisines. It has a unique, bitter, and delicious taste and is usually used for color curry powders, cheeses, mustards, butter, and additional flavoring.

Did you know that the root of the turmeric plant is used for medicinal purposes? This is because the roots contain yellow-colored chemicals called curcumin and are often used for food coloring and cosmetics.

A relative of ginger, turmeric is not simply a typical spice. Adding turmeric to your homemade dishes is one of the healthiest ways of adding taste and color! Not just that, turmeric has also been used to relieve liver, ringworm, and depression problems.

Turmeric is rich in antioxidants that can support cellular health. What exactly can these antioxidants do to you? Here are some of the most well-researched health benefits of turmeric.

1. The Bioactive Compounds in Turmeric have Powerful Medicinal Properties

Turmeric makes the delicious curry yellow, but it has also been used in India for centuries as a medicinal herb. Science has recently backed up the knowledge of the Indians about the medicinal properties of turmeric. Indeed, it has potent compounds, which are called curcuminoids. Curcumin is the active ingredient in turmeric, which has strong anti-inflammatory benefits and is a powerful antioxidant.

However, the content of curcumin is only three percent which is not very high. According to studies, you can experience the full effects by taking an extract that contains enormous amounts of curcumin. Black pepper can also help curcumin to be absorbed into the bloodstream up to 2,000%! Another great thing about curcumin is that it is fat-soluble, so taking it with fatty dishes is a great idea.

2. Curcumin Can Lower the Risk of Heart Disease

One of the prime killers in the world is heart disease. Many things can contribute to heart disease, and curcumin can reverse several steps in the process. Endothelial dysfunction is one of the leading causes of heart disease as the endothelium cannot regulate blood clotting, blood pressure, and many more.

The great advantage of curcumin in the heart is it can improve the function of endothelium or the linings of the arteries. Another study has shown that taking curcumin is as effective as exercising. Oxidation and inflammation can also be reduced by curcumin, which is significant in heart disease.

3. Turmeric Can Prevent and May Treat Cancer

There are many types of cancer, but they have some similarities regarding the supplementation of turmeric. According to many types of research, curcumin has powerful effects on the prevention and treatment of cancer. It can also affect the spread or the development of cancer.

Many studies have proven that curcumin can decrease the growth of cancerous cells and constrain the growth of tumors in animals used for testing. It is yet to find out if high-dose curcumin can aid in treating cancer in humans. However, there is already evidence that it can help prevent cancer, especially cancers that can develop in the digestive system, such as colorectal cancer.

Depression reduces the neurotrophic factor in the brain, and it can shrink the hippocampus, which is the brain’s area responsible for memory and learning. Curcumin has been tested, and it was shown that it could affect depression.

Many studies have also proven that curcumin can be an effective antidepressant. Curcumin can boost the levels of BNDF, which can reverse the process of depression. It can also improve the neurotransmitters of the brain, such as dopamine and serotonin. To keep the household livelier, having a curry for dinner is helpful! The scent and flavor of delicious curry can already boost your energy level.

5. Curcumin Can Slow Down the Signs of Aging and Fight Age-Linked Diseases

Curcumin has become famous as an anti-aging supplement. Inflammation and oxidation have big roles when it comes to aging. The key to slowing down the process of aging and extending the lifespan of humans involves restoring and preserving telomere length in the DNA. Aside from turmeric, here are the other measures to achieve this goal:

The number one cause of dementia and the most common neurodegenerative disease is Alzheimer’s. Even if there is no excellent treatment available for this disease, preventing it from occurring is very important. Studies have shown that curcumin can cross the blood-brain barrier.

7. Anti-Inflammatory Properties of Curcumin Could Help with Arthritis

Arthritis is one of the most common problems in the world. There are many types of arthritis, all of which involve the joints’ inflammation. Since curcumin has powerful anti-inflammatory properties, it can help people suffering from arthritis. Many studies have proven this conclusion to be true.

In a study of patients with rheumatoid arthritis and curcumin was affected more than anti-inflammatory drugs. Other studies have also shown that curcumin significantly improves some symptoms. More importantly, treating curcumin was found to be safe.

Cut your skin? There was a study in Life Sciences in which turmeric was found to have beneficial properties in healing wounds. New studies have also discovered turmeric’s ability to potentiate the body’s natural healing processes.

An excellent study also demonstrated the effectiveness of topical turmeric application for wounds. It was applied to the wounds of rats, and the results showed an increasing amount of collagen and improved the contraction of the wound. There was also an increase in the strength of the tissues and cell propagation. The antioxidant components of turmeric can help the healing process of wounds.

Next time you accidentally cut your finger or skin, you already know how to increase the healing process of your wounds. Look for turmeric in your kitchen, and you can be a nurse yourself!

9. A Compound in Turmeric Can Protect the Brain

Ar-turmerone, a compound in turmeric, can repair stem cells in the brain. The research was conducted and observed the effects of the compound on the stem cells of rats also found in the brains of humans. The stem cells are part of the recovery from neurodegenerative problems such as Alzheimer’s and stroke. Hopefully, this compound can be used to treat these ailments in the future.

10. Turmeric Can Be Used For Gastrointestinal Treatments

Some people with stomach complaints become intolerant to medicines because the stomach flora has been compromised, and the medications can also rip up the mucosal lining. Curcumin can manage inflammatory bowel diseases, and the patient’s condition improves after taking curcumin.

Patients with Inflammatory Bowel Disease also reduced their pain when taking curcumin without damaging the linings of the intestines. Curcumin can also support the development of probiotics or good bacteria.

Read: 16 Best Ways to Get Rid of Gas and Bloating Fast

11. Turmeric Can Help in Controlling Diabetes

Most people love to eat sweets, and many foods contain high sugar levels. If not controlled, this problem can lead to diabetes. Adding turmeric to your home-cooked meals is an excellent natural treatment to lower blood sugar and reverse insulin resistance.

A study from 2009 has found that curcumin is 400 times more potent than the common diabetes drug Metformin. This can help people to reverse type 2 diabetes. Curcumin was also proven to reverse various issues linked to insulin resistance and hyperglycemia.

Including curcumin in your meals can delay the terrible complications of diabetes because of curcumin’s antioxidant and anti-inflammatory properties.

Turmeric was proven to help the body lessen and stop excess irritation. Since it is normal for everyone to experience stress, the origin of various illnesses, it is essential to take soothing compounds to prevent all possible diseases.

Another reason turmeric has been used in curry dishes is its soothing properties on digestion. It not only adds color and taste to the food but also greatly benefits the stomach’s lining.

13. Curcumin Has the Ability to Manage Pain

Are you experiencing pain? One of the proven properties of curcumin is its ability to manage pain. The European Journal of Pharmacology recently published its research about curcumin which can activate the opioid system in diabetic rats. Not only limited to diabetic pain, but another study also showed that many types of pain could be managed by curcumin.

For example, burns. NonsteroNonsteroidalflammatories normally treat burn patients. U.S. Army Institute of Surgical Research also suggests that curcumin should treat burns because of its anti-inflammatory properties instead of conventional medicines.

Read: Different Types of Pain on Left Side, Causes and Treatment

14. Turmeric Has the Ability to Balance Cholesterol Levels

Do you have problems with cholesterol? Diabetics and non-diabetics can suffer from oxidative stress, which can damage the blood vessels. When the arteries are damaged inside, the cholesterols start to build up, leading to high LDL cholesterol levels. Decreasing the level of cholesterol may be done with statin drugs.

Turmeric can help in regulating the body and balance the levels of cholesterols. Many studies have shown a reduction in lipid profiles and cholesterol markers in people who used turmeric. Another study has shown that participants who were given curcumin reduced triglycerides to 47% and serum cholesterol levels by 7% in just seven days.

Side Effects of Turmeric

Some people reported allergic reactions to turmeric. Some people also have skin reactions when exposed. The typical response is mild and itchy rashes. High doses of turmeric may cause the following:

People taking medicines should also be careful when using turmeric in food or supplements. Turmeric may also interfere with warfarin, aspirin, clopidogrel, and other anticoagulants. There can also be an effect on medications like anti-inflammatory drugs or non-sternonsteroidalike like other supplements and herbs; turmeric has to be used as instructed.

Read 15 Natural Home Remedies To Get Rid of Diarrhea Fast

Aside from adding turmeric to your diet, you can also consider taking turmeric supplements. You can purchase it online from different supplement stores and health food. Taking turmeric with black pepper that contains piperine can help the entire body to absorb turmeric. Adding 20mg of piperine to 2000mg of turmeric can do the job.

There are many health benefits of turmeric—no wonder this spice has become popular not only as a spice but also for medicinal purposes.

Health Benefits of Coconut Oil-31 Reasons to Use Daily 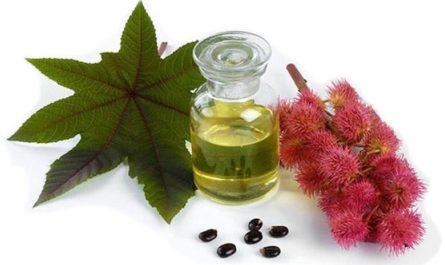 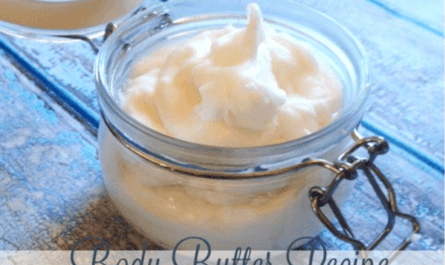 17 Best Body Butter Recipes You Ought to Try 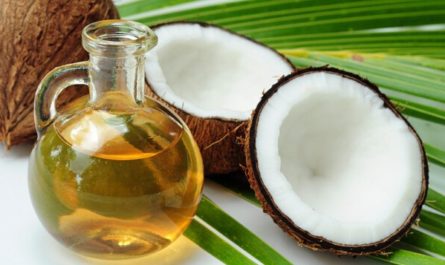 20 Simply Splendid Things You Can Do with Coconut Oil 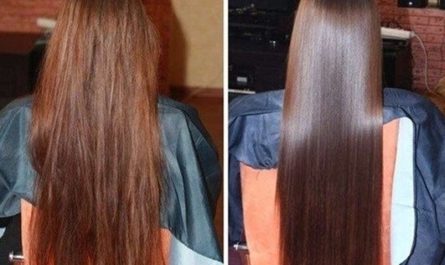 Why You Should Wash Hair with Apple Cider Vinegar?